Svalbard is home to a diverse and fascinating wildlife, specially adapted to the harsh Arctic climate. With some luck you might spot some of the animals during your stay. 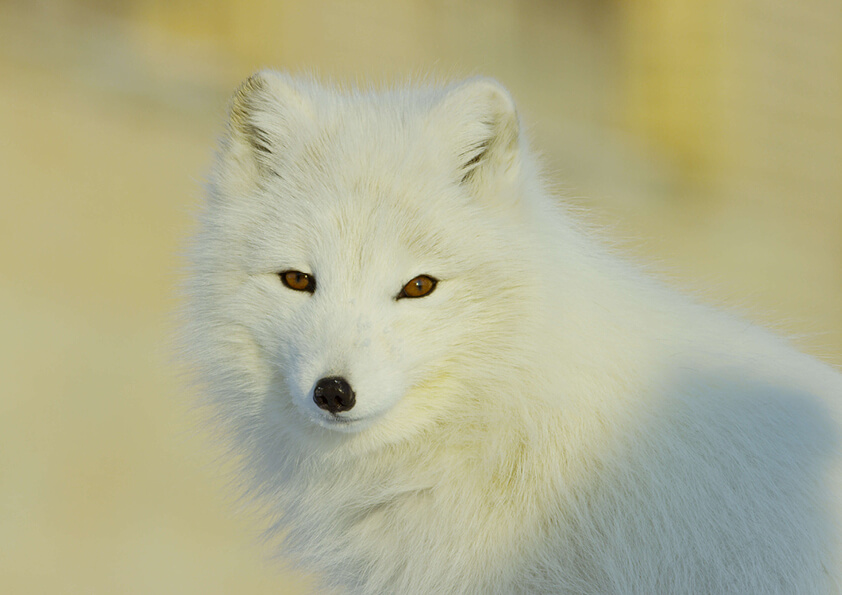 The arctic fox can be found anywhere on Svalbard, from high mountains and glaciers down to the coastline. It is related to the red fox, but smaller in size. An arctic fox weighs only 2.5–5 kg. The short snout and round ears make it well adapted to the harsh climate. Also, the thick winter coat allows it to withstand temperatures down to -40 degrees Celsius. The arctic fox is a clever hunter and scavenger. It is often seen hunting birds under bird cliffs, or close to reindeer carcasses out on the tundra. Sometimes we even see foxes running around in town, searching for goodies. Did you know that they stay together in pairs all their lives? 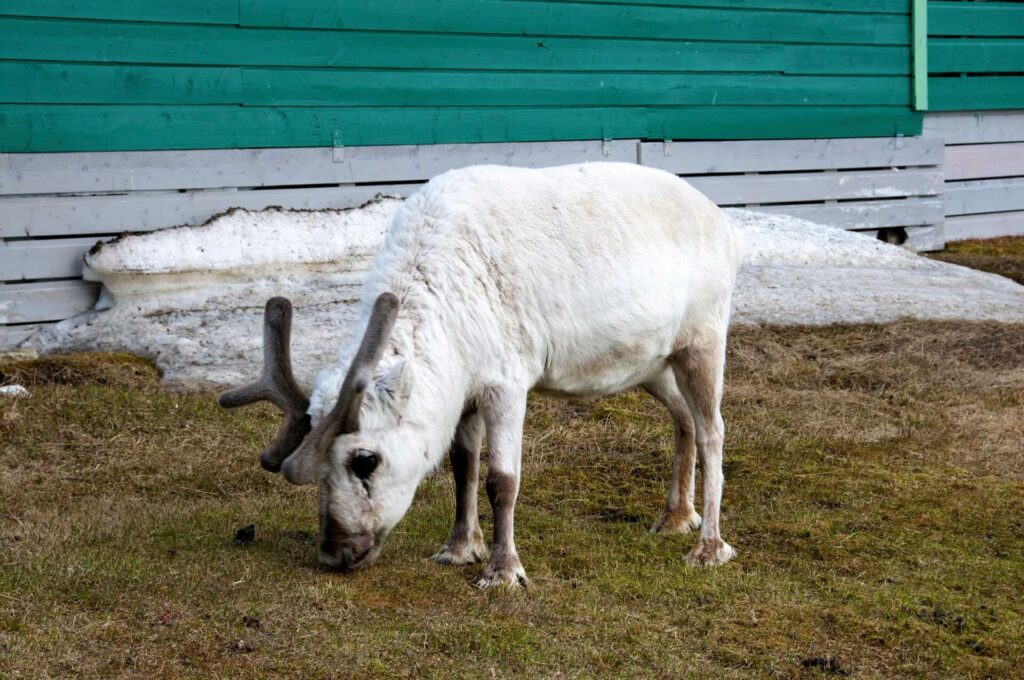 The Svalbard reindeer is a subspecies of reindeer, found only on Svalbard. It is specially adapted to the Arctic climate, with its compact body, short legs, and small head. The Svalbard reindeer has no natural enemies. This consequently means that it is not afraid of humans, nor of other animals. The reindeers spend almost all their time grazing and ruminating, to gain enough weight to survive the cold winter. You often see them wandering through the city and it is not unusual to see some reindeers grazing right outside the hotel window. 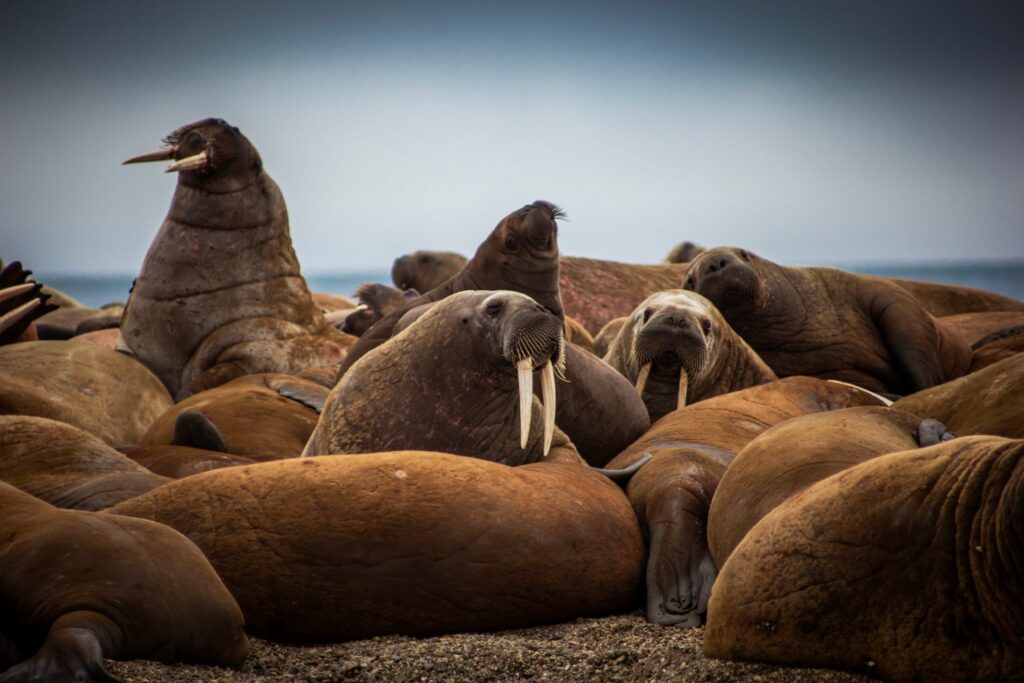 Walruses can be seen all year round on Svalbard. They often rest on ice floes, but during the summer and autumn you can also see walrus colonies relaxing on beaches and small islets. They tend to stick to specific locations where access to food and resting places are conveniently combined. Walruses are extremely social animals and usually appear in groups. After hunting for food in the sea, they pull up on land or ice floes to rest together with the herd. Here they like to lie close together – or even on top of each other! 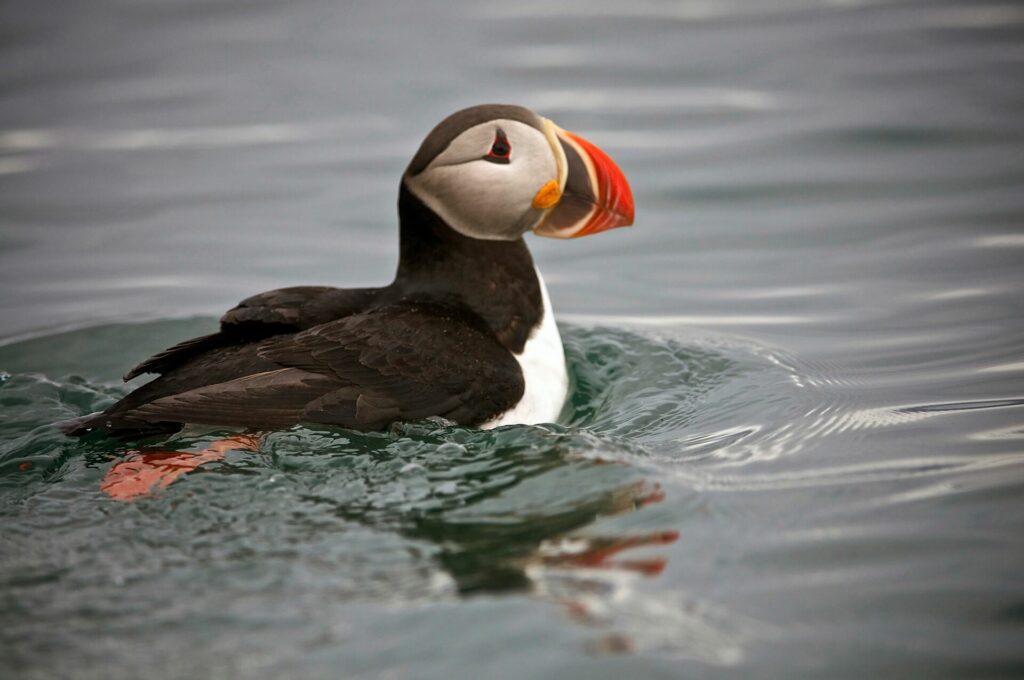 There are relatively few bird species on Svalbard compared to more southern latitudes. Weighing up for that, most of the birds come in large numbers. Tens of thousands of seabirds come to nest in the mountains during summer. Towards the autumn, they migrate back south again. They spend the winter in areas with more favorable climate and better food supply. The only overwintering terrestrial bird species is the Svalbard ptarmigan. Of the seabirds, a small number of common eiders, long-tailed ducks, and black guillemots overwinter in the coastal areas of Svalbard.

The polar bear is probably the strongest symbol of untouched wilderness. Roughly 3,000 polar bears occupy Svalbard and the surrounding sea ice. The polar bear is the world's largest terrestrial predator, and is found primarily in Arctic regions. It is considered a maritime mammal because it spends most of its life on the sea ice. They give birth to their children on land, inside snow-covered maternity dens. The young bears go with their mother until they are around 2 years old. Polar bears feed mainly on ringed seals, which is the most common seal species in the waters around Svalbard. 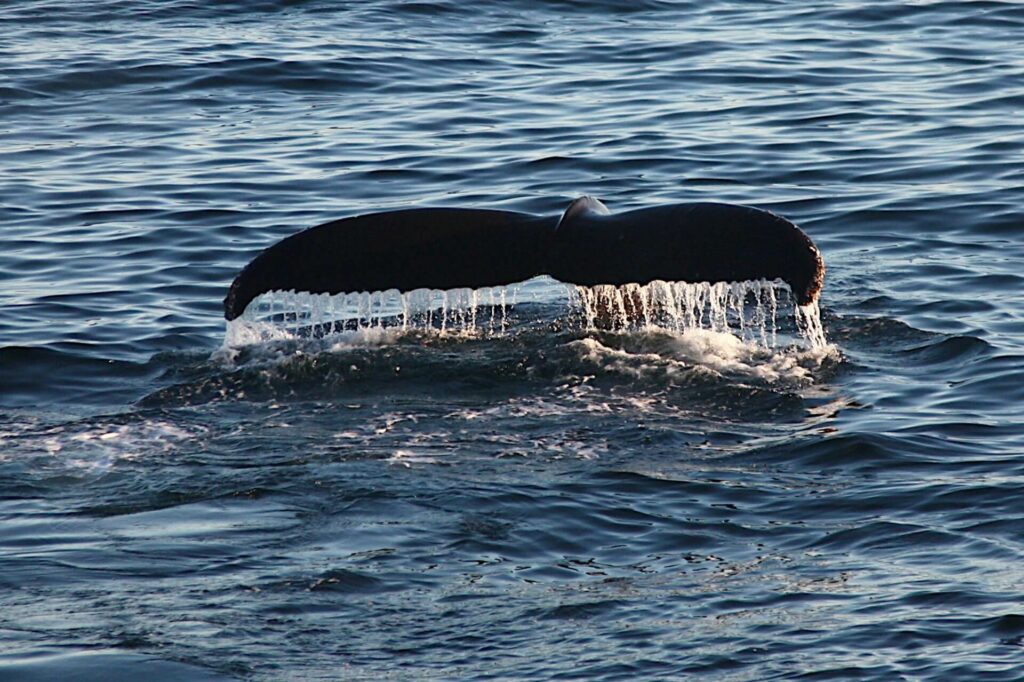 Three whale species can be found on Svalbard all year round: Bowhead whales, beluga whales and narwhals. In the summertime, however, several other species from southern latitudes find their way up north as well. The Svalbard summer is attractive for whales, because the highly productive wildlife is filling up the fjords with food. The most common summer guests are minke whales, fin whales, humpback whales and orcas. Also the largest animal in the world, the blue whale, travel up to the high Arctic for the summer season. Meeting these majestic animals out in the fjords is an unforgettable sight. 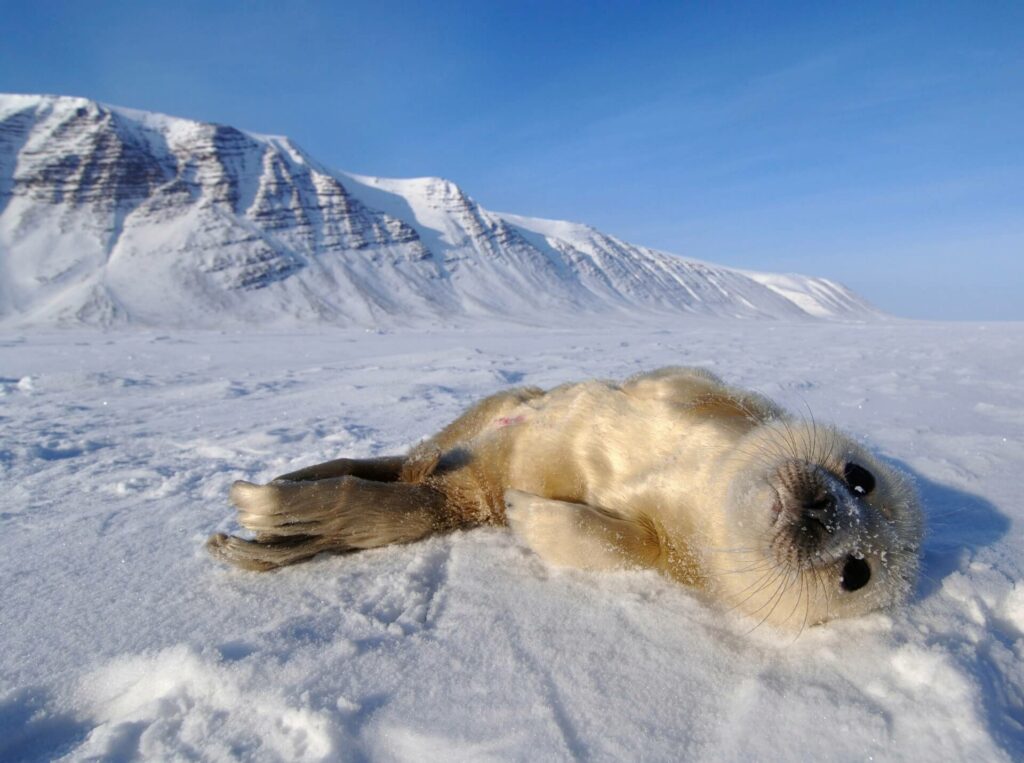 Seals are marine mammals and spend most of their lives in water. They are exceptionally good swimmers and divers. The most common species around Svalbard is the ringed seal. It can be found in ice-filled seas all the way up to the North Pole. The ringed seal is around 130 cm and weighs 50-100 kg, depending on the season. In addition to the ringed seal, there are three other native species on Svalbard: bearded seal, harbour seal and the walrus – the biggest of them all. Did you know that seals once had legs? These later evolved into flat flippers, specially adapted for swimming.